Afrojack has decided to dabble in the Trap world, making a bootleg of his own classic Bangduck, calling it Bangtrap. He has previously tried his hand in a bit of dubstep- not to my liking personally- but I do love Bangtrap. The original Bangduck is one of my all time Afrojack favorites. While his Trap take on it is repetitive, full of high pitches noises and choppy, it kills. If you don’t like that style, you probably don’t like Afrojack anyway.

Got a new “trance” banger for you today. I love this track, I just truly don’t buy that it is trance whatsoever. Just call it what it is, a bangin progressive house song- there’s nothing wrong with that. Anyways, Armin Van Buuren and W&W have teamed up to produce this new anthem. The second drop sounds like dutch house, which is right up my alley. Look for this massive release to get a lot of attention in DJ sets at festivals all around the world.

Sander Van Doorn is back with a vengeance. His new single Energizer is a mix of his classic synth filled builds, dropping into a nasty bass infused dutch house style that I haven’t heard Sander get into much in his previous productions. I continue to be impressed by his variations in style and his originality. Continue to look for big things from the Dutchman again in 2013.

Happy New Year everyone! Hope you all welcomed in 2013 in style. I’ve got a mini bootleg pack for you today. More to come in the future.

This first one is a mix of DJ Shadow’s classic Organ Donor and the Hip Hop track produced by Diplo featuring Wale and Big Sean titled Slight work.

The only good thing Steve Angello has ever done with his career, KNAS is mixed with the Axwell & Henrik B remode of Adrian Lux’s Teenage Crime.

Ode To The Drum (BigBird Bootleg) – Ode To Oi vs. Move It To The Drum

Chuckie’s signature sound of Move It To The Drum goes perfectly with the new banger from TJR, Ode To Oi.

Michael Woods and Chris Lake recently producer an anthem titled Black Thong, and I love the way it works with the classic from David Guetta and Afrojack Toyfriend.

Merry Christmas from the whole team here at WHYH. Hope everyone had a wonderful time with family and friends. I saw a few things pop up that sparked my interested today in the music world.

Thomas Gold gave everyone a gift by officially releasing his new single MIAO. You’ll get why he chose the title if you listen to the song for about 3 seconds. Pretty bangin’ shit from Thomas Gold, more known his kind of progressive big room style. He fades back into that with a slow build in the second half of the song, but the first 1:45 sure don’t sound like anything I’ve heard Thomas Gold produce.

One of my favorite DJs in the world, Mr. Nick Van De Wall AKA Afrojack has finally signed up for a SoundCloud. This fucking guy…takes him years to get an official SoundCloud page but he has been streaming himself dicking around on Ustream maybe more than any other artist. You gotta love him. Well, I took a look at his newly minted page today and saw a remix of the biggest song in the world, Psy’s Gangam Style and a remix of what Dancing Astronaut tagged as the #1 song of 2012, Nari & Milani’s Atom. They both kick ass, check em out. 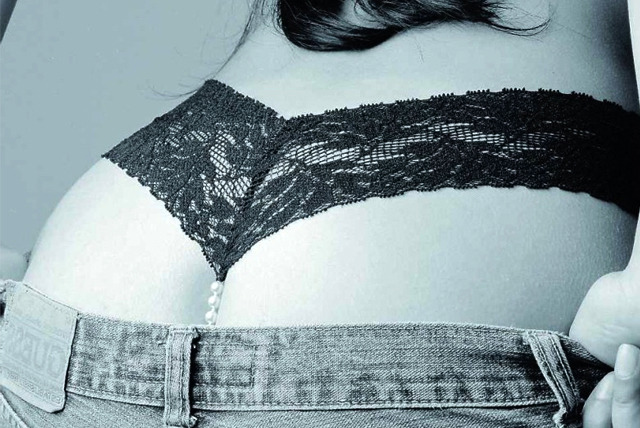 Michael Woods and Chris Lake have collaborated to produce one of the hottest songs of the year, Black Thong. This song is aptly named as it is sexy as hell. A big bouncy bass line right from the beginning transitions into some progressive piano chords that build into a frenzy and then finally drop into than nasty dirty dutch sound I love so much. Expect to hear this….a lot.

I’ve got a new Christmas time mix for you today, hopefully to make your Monday suck a little bit less. I’ve been working on this one a while, and finally got to the point where I wanted to share it. I’ve been enjoying mixing trap a lot, and I start the mix off with a few of my recent favorites before transitioning to house.
Hope you enjoy, thank you for listening!

Until next time, BigBird.

TJR is back with another funky, dutchy gem that will have you fist pumping in no time. You gotta love this guy, churning out nothing but party music and bringing something original and interesting to each individual track. The first drop in this song has a few too many “Oi’s” for my taste, stick around for the second drop and you won’t be disappointed.

For those of you who know me or have read lots of my posts, you know Dutch House is my bread and butter. I’ve gotten away from it a bit recently, mostly because there hasn’t been a whole lot of good music coming out of the genre. Chuckie, among other dutuch house producers, have been hugely disappointing as of late. But now I feel it starting to make another comeback, here are some of my recent favorites.

A couple months ago I posted the unreleased Afrojack banger Annie’s Theme, that he debuted on Annie Mac’s BBC Radio 1 program. He didn’t give the song a title because “his music is art and needs no title” (Afrojack could never get away with being such a douche if he wasn’t so talented) so they stuck with Annie’s Theme for the release of this track.

Next up, a new one from John Dahlback. Dahlback never had a slump- let me clear that up. This guy has been killing it non stop while everyone else has been putting out garbage. No exceptions here, another banger. Enjoy The Trip

I featured young producer Angger Dimas on the blog a few months back, and he is back with a filthy remix of Yolanda Be Cool’s Before Midnight. This song incorporates nice vocals, and a mix of Electro and Dutch House together.

Last but not least, a new one from Tommy Trash. Tommy hasn’t gone anywhere lately, he has been churning out music. To be quite frank, I just didn’t like any of it. I kept listening, in faith that he would put out another classic in his due time. That time has come. Truffle Pig is another mix of Electro and Dutch house influences and gets two thumbs up in my book.

Doesn’t matter if you like tricks or treats, I’ve got them both for you in spades tonight. Happy Halloween from all of us here at WHYH!

To start things off in appropriate Halloween fashion, here a mix of a few familiar songs that Pretty Lights put together.

Next here is a new remix from Griz, who in my opinion put out one of the best albums so far this year, Mad Liberation. Creative, talented and full of potential, his rise will be fun to watch. Enjoy this funky, moombahton remix.

My MAIN man John Dahlback has been on an absolute rampage these past several months, pumping out hit after hit. This one is pretty dirty from the dutch master himself. I love it.

Last but certainly not least- here is an epic 40 minute mix from Carnage. His trap remixes have all been called festival trap remixes and this mix carries the same title. This mix includes several unreleased songs. On my list of favorites are remixes of Congorock’s Babylon, Who from Tujamo and Plastik Funk, Deniz Koyu’s Tung, not to mention his remixes of Hardwell’s Spaceman and Afrojack’s Annies Theme- both of which you can find on my trap post from a few weeks back. This mix is the shit, just to be blunt. Enjoy and happy Halloween!

All the music files on this site are for sampling and for promotional use only. If you download it is expected you delete the files within 24 hours. Please support the artists by purchasing their music and attending their events.

Do you have a mix or a track you would like to submit? We would love to hear from you - withouthouse@gmail.com